The children explored lots of different languages, sharing any languages the children already knew, and constantly making connections between languages! The buzz in the room was tangible and the children interacted really well with others from different schools. It honestly felt like a privilege to watch them learning and exploring language!

A big thank you to all that attended the curriculum evening at Langham last week. 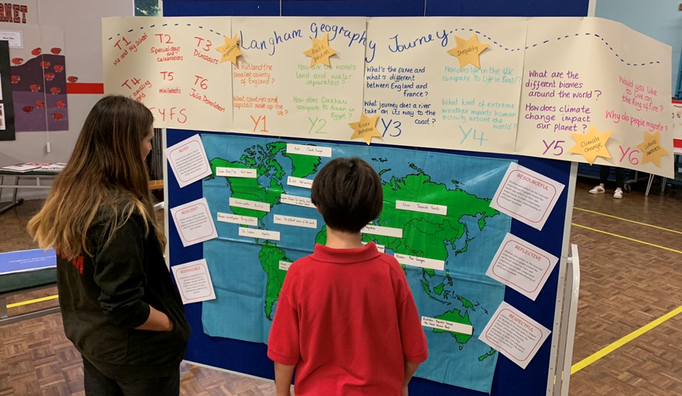 On Friday of last week (7th October), both the Year 3&4 and Year 5&6 Football Leagues kicked off with a bang. A number of teams turned out for the first round of fixtures; battling not only one another but also the elements in what was a gusty and drizzly afternoon. Aside from the inclement conditions, there were 45 highly competitive fixtures; it is very much all to play for as the season rolls on to Term 2!

On Tuesday 4th October the best spellers in our Trust gathered together for one final showdown!  The top three spellers from Years 1-6 went head to head to determine the overall winner for each year group.  It was a fun but intense competition and the children did themselves and their school proud!

Over 140 girls from schools across the Rutland Learning Trust had a fantastic afternoon at the Girls Tag Rugby Festival.  They were joined by Coaches from Leicester Tigers, Stamford Rugby Club, Oakham Rugby Club and Stamford School for an hour of fun activities followed by matches .  It was wonderful to see all the girls mixing together to try what was a new sport for  many of them.  The day was all about letting the girls play with freedom and expression, showing their many talents and skills.  It was great to see the schools working together in a non competitive environment, showing the values of England Rugby ( Teamwork, Respect, Enjoyment, Discipline and Sportsmanship). 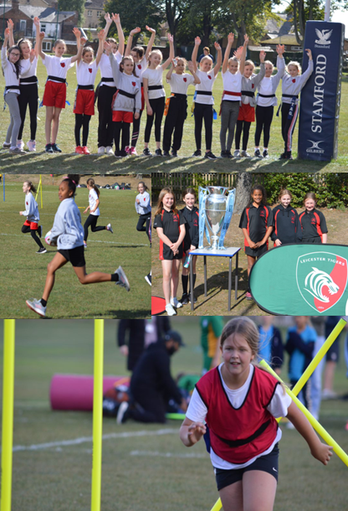